The event industry is reopening!

The picture above shows what a great event looks like. A big crowd, happy faces, enthusiastic people, a lot of joy and a matching theme: “Wake of the worrier”. Reverze 2021 was a huge success. We asked Peter Dobbels (operational manager at Sportpaleis Antwerp) to share his experiences organizing the catering at this first big event after a long hiatus.

First some background info regarding the venue and the nature of the event:

Antwerp’s Sportpaleis is the largest and most famous concert hall in Belgium. The latest big event hosted by Sportpaleis was in March 2020! Last week on Saturday Sept 18th – for the first time in 17 months – Sportpaleis was allowed to open its doors and host an “old fashioned” music event! They welcomed an amazing crowd that had just one mission: dance and enjoy the evening!!

As for item 2 and 3, nothing really changed compared to the situation before covid. Items 1 and 4, however, did require a different approach. 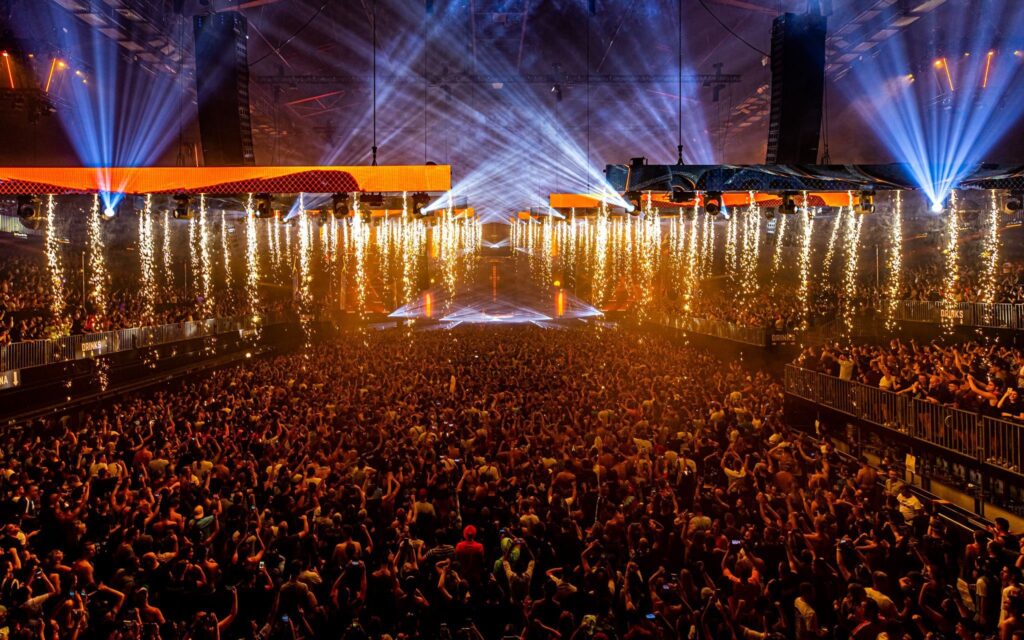 How to organize a succesful event anno 2021?

When you host an event, your main priority is to ensure the safety of your visitors. Besides the standard protocol, nowadays the registration of a Covid Safety Ticket is required. This seems easy, but it requires quite a lot of organization to register everyone properly and not compromise the availability of the event. Visitors have to feel appreciated and welcome and should not have to be uncomfortable because of this new legislation.

Hospitality and especially food & beverage also required a different approach. As in all other markets, sustainability and efficiency have become important items on the agenda in the event industry. Sustainability plays a part in [A1] saving the planet and creating a better future. One sustainable initiative was the introduction of the “eco token”. This is a token that you receive upon entry. With this token, you get your first plastic cup at the bar for free. When you order a new drink, you have to hand over your cup or pay a deposit for a new cup.

Another hot topic is the availability of staff. Now that events can finally be organized, they are getting into trouble due to a shortage of bar staff. Peter tells us how the Bag-In-Tank system reduced this problem and helped ensure the event was a success.

When we opted for tank beer, there was only one filling truck in the whole of Belgium to fill these tanks. Can you imagine how long ago that was? We chose it because at a public location like this it is often necessary to serve a large amount of beer in a short period of time.” – Peter Dobbels 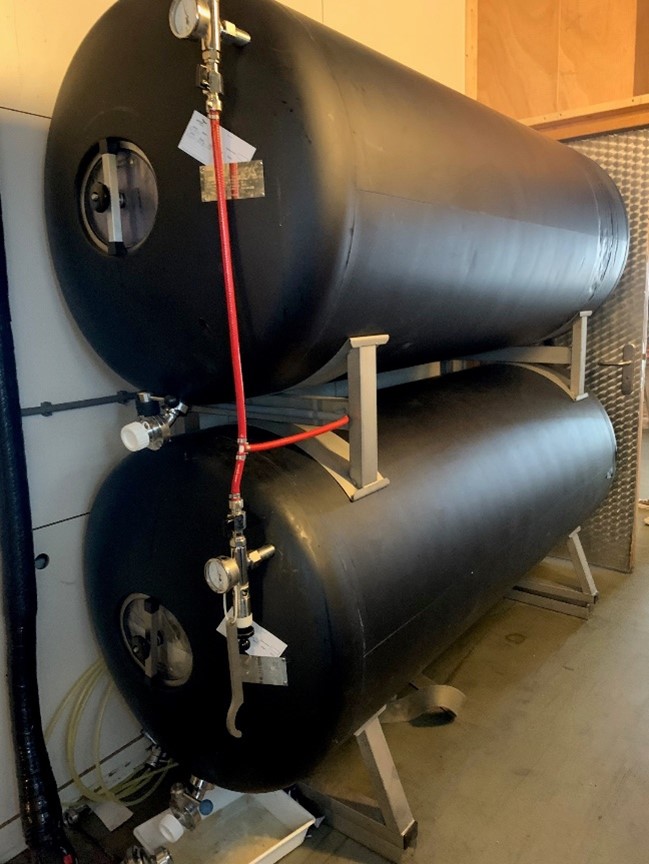 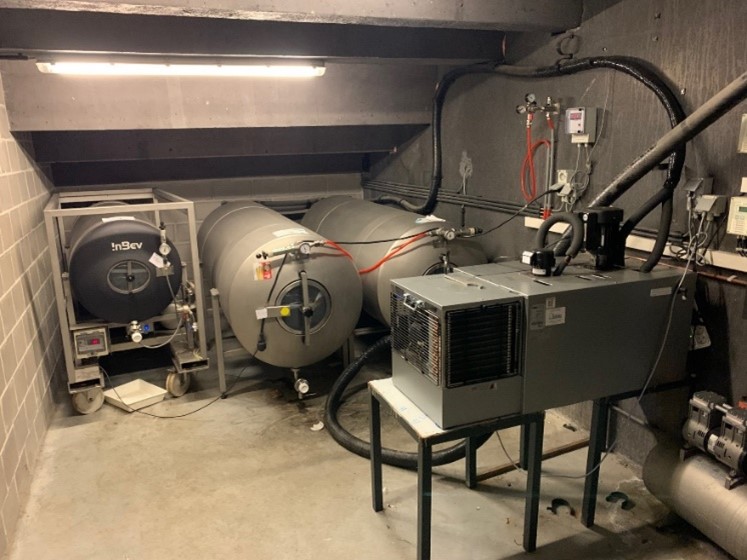 The strategy of tank beer at Antwerp’s Sportpaleis!

During the tour, Peter indicates that the tanks are strategically distributed in the Sportpaleis and connected to the busiest bars. The rest of the bars are partly still stocked with kegs. The tanks in the photo on the left were produced in 2004 and thus have been around for 17 years. Of course, maintenance is sometimes necessary to prevent a malfunction. In fact, one happened on Friday during testing. Peter was pleased that Duotank has a breakdown service, which quickly resolved the problems.

When we got to the next tank room, we saw there was also a transport tank. Peter mentioned that transport tanks are a good option for concert/event venues. Sometimes certain areas are open at one event and closed at another or temporary bars are added for large events. With an insulated transport tank, the beer temperature only rises 1 degree per 24 hours, and you are super flexible because they can be used anywhere. This prevents the heavy lugging of kegs.

Finally, Peter showed us these two 1000-litre polyurethane tanks that were installed at the end of 2019. These tanks are equivalent to 40 kegs that each hold 50 litres. They ensure that the bar staff does not need to spend time carrying and changing kegs. The tanks also prevent the beer loss that occurs when kegs are changed and they save valuable square metres behind the bar.

There is a lot of demand for draught beer at events but serving high-quality draught beer can be challenging. What solutions are available and what challenges are there to overcome?. 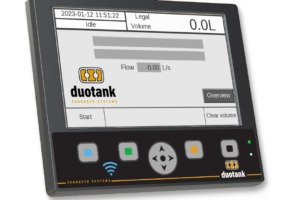 23 Jan at 3:21 pm
FLOWMETER After a discontinuation of production of MID certified flowmeters by our regular supplier GEA Diessel, Duotank has developed a… 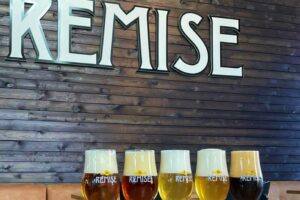 19 Sep 2022
OFFICIAL DESIGN CHANGE  Please be informed about the following official design change on the Duotank tankbeer system. As digitalization and… 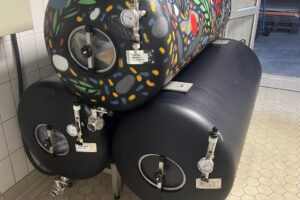 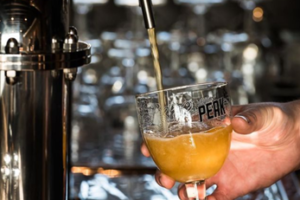 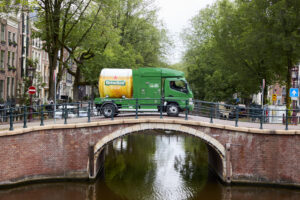 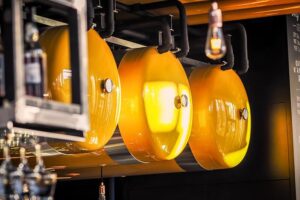 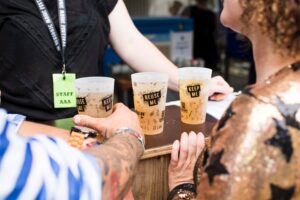 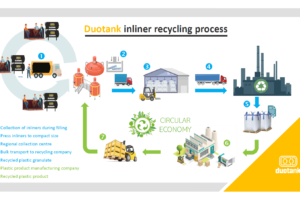